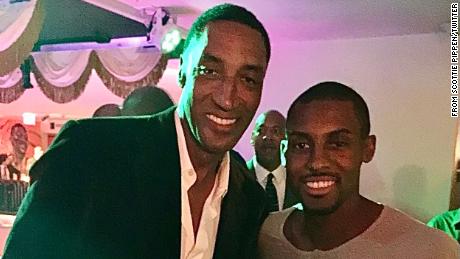 Antron, who played basketball in college and shared many of his father's professional dreams, was the first of Pippen's seven children and his only child with ex-wife Karen McCollum.Pippen didn't reveal Antron's cause of death or his age. "A kind heart and beautiful soul gone way too soon," Pippen wrote on Monday in a post remembering Antron. "I love you, son, rest easy until we meet again."The former Chicago Bull influenced his son to play the sport he made his name in and improve his game, Antron Pippen said in 2005 from the NBPA Top 100 High School Camp, where he played alongside future greats such as Steph Curry. Read More 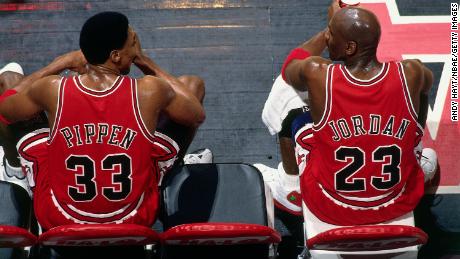 "He tells me a lot of stuff, like I need to get stronger," Antron told USA Today from the camp. "I try to make my own game, but I try to play defense like him." He went on to play one season of basketball at South Georgia Technical College from 2006 to 2007 and another season at Texas A&M International University from 2008 to 2009, according to his ESPN athlete profile.Pippen said Monday his son "suffered from chronic asthma" and could have played in the NBA, too, if not for his illness. "He never let that get him down, though — Antron stayed positive and worked hard, and I am so proud of the man that he became," Pippen tweeted.The six-time NBA champion asked fans to pray for McCollum and the rest of Antron's loved ones.Original Article