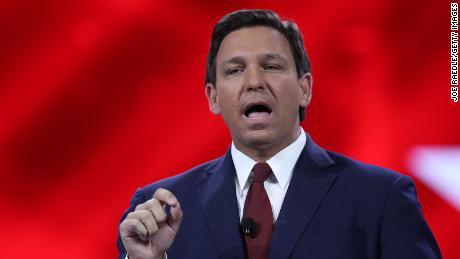 The primary for Florida's 20th Congressional District will be on November 2 with the general election on January 11, DeSantis said, announcing an upcoming executive order that will set the special election."I know there'll be a lot of folks that want to run for it, so hopefully that gives them enough time to be able to get on the ballot and do whatever they need to do to be competitive," the Republican governor told reporters Tuesday. The timing means the solidly blue district will likely go nine months without representation, delaying Democrats from adding another member to their caucus at a time when they have a narrow majority in the House. Hastings had been the longest-serving member of Florida's congressional delegation. Read MoreIn January 2019, he announced that he was being treated for pancreatic cancer and planned to remain in Congress during the treatment, calling it "a battle worth fighting."Hastings was appointed to the Florida federal bench by President Jimmy Carter in 1979 and became the state's first African American federal judge. He began serving in the US House of Representatives in 1993 and has been a member of the House Rules Committee and the Congressional Black Caucus.House Speaker Nancy Pelosi paid tribute to the late congressman in a statement, saying, "All who knew Alcee knew him as a champion for the most vulnerable in our nation.""As an attorney, civil rights activist and judge, and over his nearly thirty years in Congress, he fought tirelessly to create opportunities to lift up working families, communities of color, children and immigrants," the California Democrat said.Original Article